A roasted piece of meat to last all week 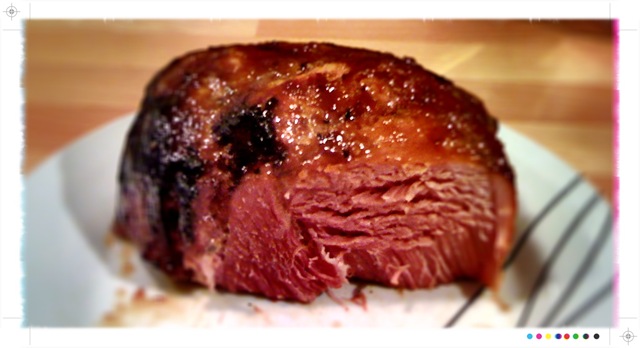 In the past, I never understood the appeal of the quintessentially English roast dinner. It seemed to me that people spent a disproportionate amount of their designated Day of Rest slaving over a hot stove, considering how bland and limp the resulting "meat and three veg" often tasted. My favourite part of a roast dinner was previously the Yorkshire pudding, so given the option I would generally have preferred to just eat the batter alongside a couple of decent meaty sausages as Toad in the Hole.

In my eyes it was particularly incomprehensible why anyone would want to spend every Sunday cooking a roast. There’s such a plethora of delicious dishes available from such a vast array of different cuisines - spicy Mexican stews, tender Moroccan tagines, fresh Italian pastas with silky sauces - why would you choose to restrict your weekend dining to a lump of dry meat and a plate of soggy vegetables?

However, the mystery behind the traditional Sunday lunch has suddenly become clear to me. It is commonly known that cooking a roast is a cheap and easy way to ensure a large family eats a healthy balanced meal. As someone with only a boyfriend and a cat to tend to, I had always mistakenly viewed the roasting process as a lot of effort (and dirty pans!) for just one dinner.

But I have now realised the benefits for couples and singletons of sticking a big bird or giant joint in the oven for a few hours on your day off – it will actually save you time and money, provided you make your roast last the course of the week. I was amazed at how much meat could be salvaged from the depths of a chicken carcass, and how intensely flavoured a stock can be produced by boiling the bones! As well as the obligatory sandwiches, these shredded leftovers and juices are ideal for speeding up a risotto (see my rustic French version here), cooking a curry in a hurry, or filling a pukka pie. 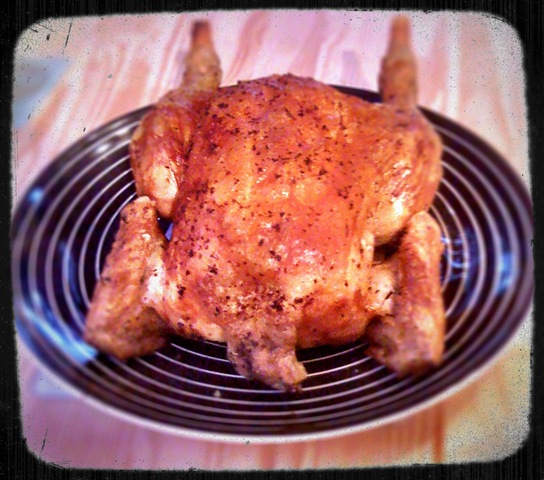 It’s also relatively simple to ensure your classic roast tastes more appetising than my caricatured description. The secret to a succulent bird with a sizzling skin is ample seasoning and plenty of butter or olive oil (a good coating both inside and out) – following Sophie Dahl’s advice I also stuff my chicken with a couple of bay leaves and two lemon halves. If you want to avoid mercilessly boiling your accompanying “three veg” but are struggling for ideas, check out any of Jamie Oliver or Nigel Slater’s recipe books…from honeyed parsnips and cumin-scented carrots to minted peas and creamed spinach, these culinary bibles are packed with exciting side suggestions. 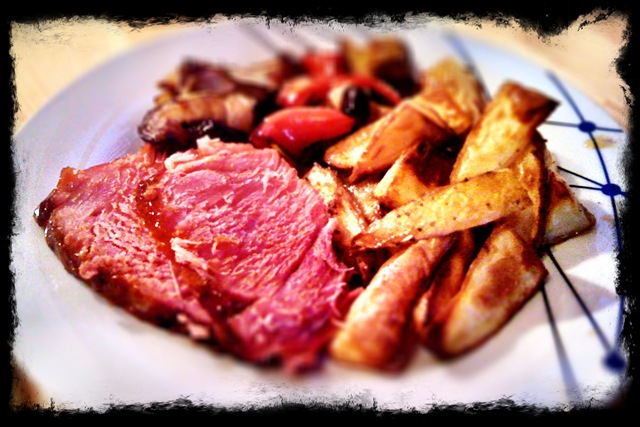 My latest money-saving meat experiment was a gammon joint that had been braised in Coca Cola before being roasted in the oven with a sweet mustard glaze. The inclusion of the Coke may sound strange, but it tenderised the ham and provided an extra depth of flavour that instantly converted any sceptical friends who tentatively tried a slice.

Place a 1.5kg+ boneless unsmoked gammon joint in a lidded casserole dish along with 1 peeled and thickly sliced red onion, 3 peeled and bruised garlic cloves and 2 bay leaves. Cover the joint with as much Coca Cola as will fit in the pan (ideally 2 litres) and bring to the boil over a medium heat. Once the liquid starts to bubble, reduce the heat to a simmer and cook for 1 hour and 50 minutes with the lid on.

When the ham is cooked, remove the plastic coating and the skin, ensuring that you leave behind a good layer of fat. Place the joint in a roasting tin lined with a few layers of foil, and gently score a diamond pattern into the surface of the fat. Cover the surface of the ham with a few tablespoons of sweet German mustard, and then pat on a few tablespoons of demerara sugar (if you can’t buy German mustard, you can make a paste for the ham by mixing English mustard powder with the sugar and a few tablespoons of the braising liquor). Bake the ham in a preheated oven at around 200C for 30 minutes until the fat crackles and the glaze turns golden and sticky.

This recipe should produce a decent supper for at least 6 people, leaving the same amount of meat to feast on for the rest of the week. The reserved Coke juices also make a luxuriously rich and spicy barbecue sauce once strained and boiled down, which I then incorporated into my version of Thomasina Miers’ one-pot pumpkin, bean and bacon stew, along with the remaining diced glazed ham. 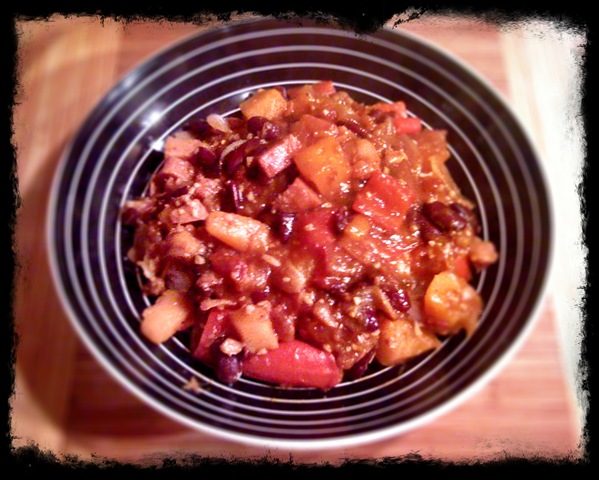